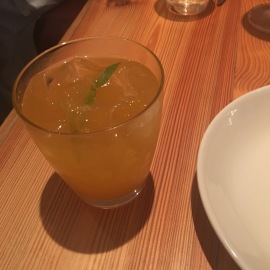 For the fabulous Sarah’s birthday, we indulged by going to dinner at the vegetarian restaurant Nix. And even without any meat, it was seriously rich and indulgent! I started out the meal with a surprisingly savory cocktail. I tried the Baja, which is mango, paprika, tequila, and lime. It tasted like a margarita with a nice kick. 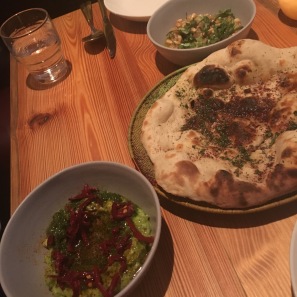 The menu is divide into first order (tandoori bread and dips), lighter plates, and bolder plates. We began our meal with an order of the bread and two dips: spiced eggplant and pine  nut & a avocado, mint, and curry dip. They were both creamy and tasty…but I will have to say that the avocado won the day. My one complaint would be that we need just a little bit more bread. But I will have to admit to scooping dip out with my fork! 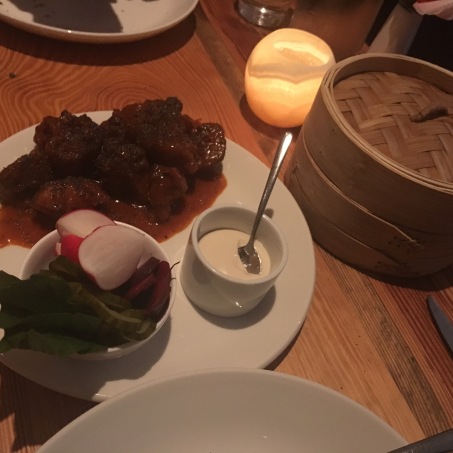 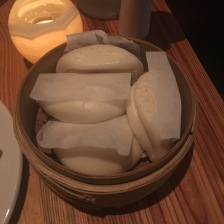 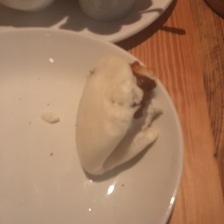 After dips, we went straight to the bolder side of the menu, enjoying family-style. First up is the cauliflower tempura with steamed buns and house pickles. The cauliflower was thick and crunchy, gooey with sauce. Nestled in the tasty steamed buns, they were both filling and delicious. 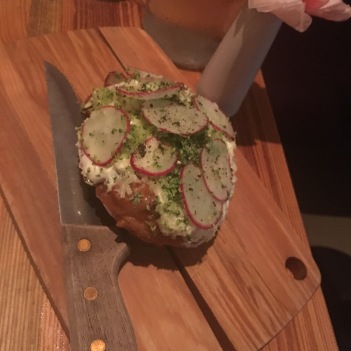 For our second shared main, we had the Yukon potato fry bread, which was a twist on a fully-loaded baked potato. It was so rich! The bread was fluffy, and the cheese was incredibly creamy. Much better than a baked potato! 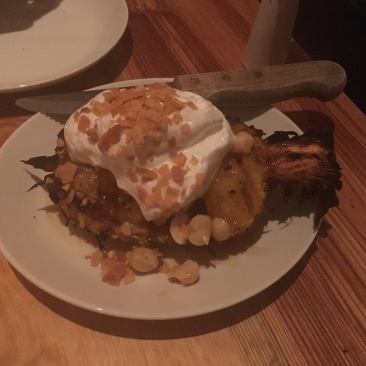 Despite the delicious treats that came before it, our dessert was really the star of the show. It was a quarter pineapple which had been roasted in the Tandoor, topped with a glaze sauce, smothered in whipped cream, coconut shavings, and macadamia nuts. I can’t recommend this enough! It was sweet with hints of the savory roasting process. Crunchy with the nuts and smooth with the cream. An amazing ending to a great meal.

If you are in the Union Square area and looking for an alternative to meat-heavy meals, I highly recommend Nix. I was surprised and delighted by how filling and tasty a vegetarian (they also have plenty of vegan options) meal could be!