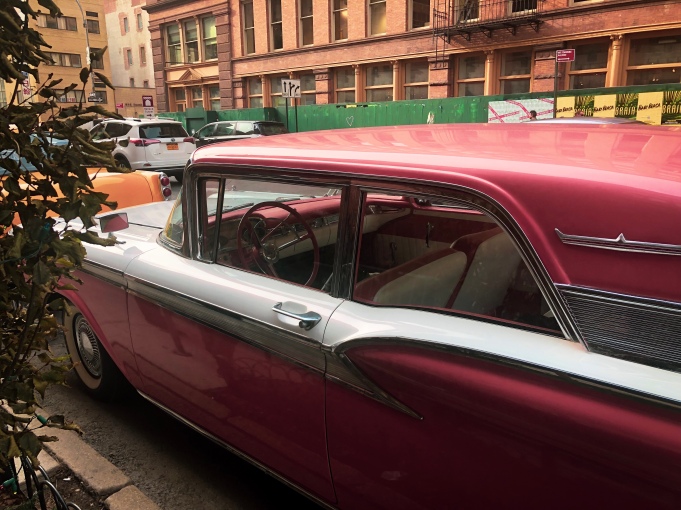 To promote the second season of the hit streaming TV show the Marvelous Mrs. Maisel, Amazon recreated the now-defunct New York icon: the Carnegie Deli. This popup restaurant was designed to look like the original 1950s version of the deli, complete with actors playing the part of the waiters! They had old-timey cars parked out side, every little detail was accounted for. I was luckily enough to snag a reservation on Open Table, but a walk-in line stretched around the block. 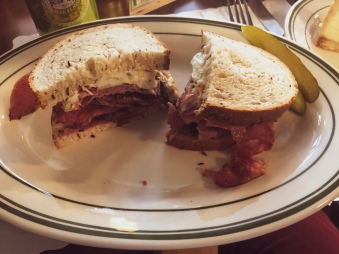 After sitting down, we had the choice of two sandwiches. First was the Maisel, made with Carnegie pastrami, salami, coleslaw, and special sauce on rye bread (the vastly superior of the two). Second was the Susie, a much less exciting turkey sandwich. We ordered one of each and swapped halves. Plenty of pickles to go around!

There was, of course, a knish. For those unfamiliar, the knish is a staple of Central and Eastern European Jewish food, and a New York Deli classic. It is a fried ball of potato, meat, and cheese. So delicious! A Black & White Cookie and Cheesecake were service for dessert. Imagine our surprise when at the end of our meal, the waiter put a check down and declared, “this one is on Mrs. Maisel!”

Realistically, it was an ad for a TV show on Amazon (albeit a very smart, funny feminist show), but it was a lot of fun to experience a bit of old-fashioned New York City life.